If you’re looking for a bar scene with plenty of history and local flavor, The Backstreet Pub should be at the top of your list.

Housed within a century-old former bakery, this hidden little pub in the heart of Beaufort’s downtown is located on the “back street” behind Clawson’s 1905 Restaurant & Pub. It’s believed to be the oldest building in Beaufort built about 1870 completely of brick.

The original Clawson’s grocery store sold canned goods, fresh produce from local farmers and fresh baked goods from “The Bakery” out back. The reputation of these baked goods grew throughout Carteret County and the East Coast, as sales to yacht crews that navigated the Intracoastal Waterway increased. Local delivery was available to town residents in the form of a carriage drawn by horses. Goods were also sent by mail boat to the Down East communities.

Today, The Pub continues to host an interesting mix of locals, vacationers, sea captains, and deep sea divers. It remains a favorite stop among sailors who cruise along the Intracoastal Waterway. It’s a place where sailors swap tales of seafaring adventures over a a local craft beer – or two! Over the years, pieces of nautical memorabilia from their journeys have covered the walls. It’s no wonder, The Pub has been called the “friendliest, funkiest little bar from Maine to Venezuela.”

While great music and cold beer have always been synonymous with The Pub, you can also enjoy their craft cocktail menu – five drinks all inspired by the “Boys of Backstreet!” The Pub is one of the “local favorites” for beer and live music. Local musicians often gather for improv jams on an weekend afternoon.

Enjoy your favorite North Carolina beer in The Backstreet Pub’s beer garden. The expansion includes an outdoor bar that serves the same 10 beers that are on tap inside the building, as well as bottled beer and liquor drinks. The historic and nautical theme that fills the walls inside the pub will eventually be carried to the outside courtyard. The outdoor beer garden accommodates up to 200 people.

While they do not offer a restaurant menu, The Backstreet Pub does occasionally offer everything from complimentary soup to oyster roasts several times throughout the year.

The Backstreet Pub is a must-stop for Beaufort visitors who want a bar scene with an authentic local flavor.  Once you drop by, you’ll discover why The Backstreet Pub was voted one of the “Top 50 Bars in the South” by Garden & Gun magazine. 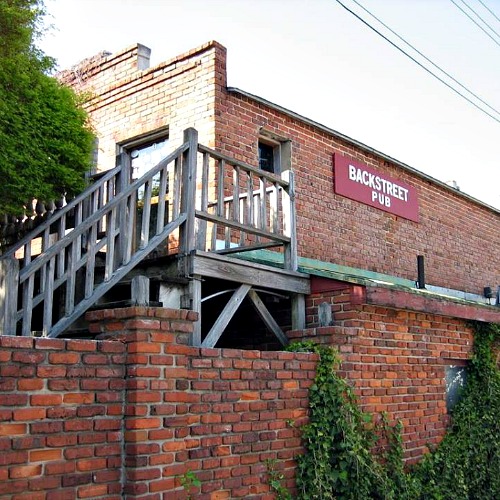 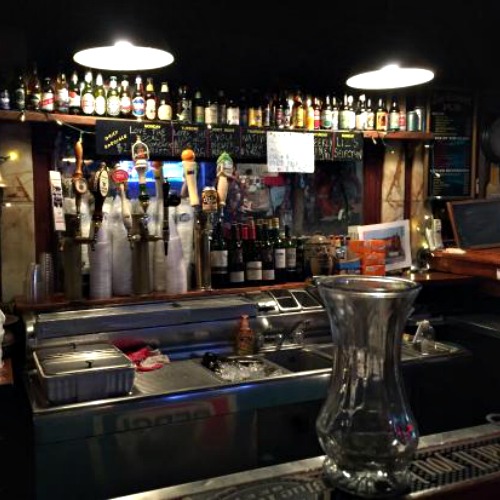 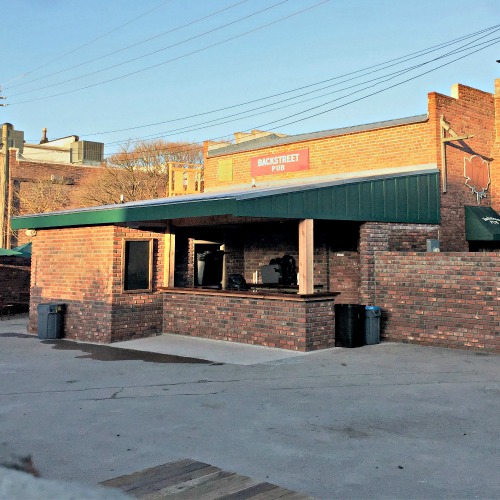